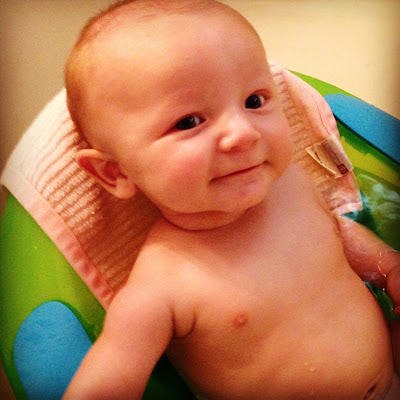 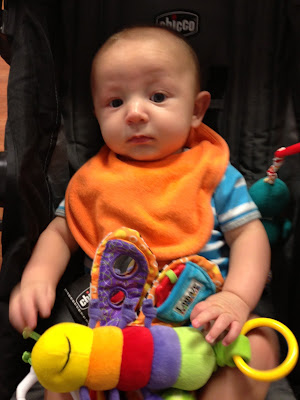 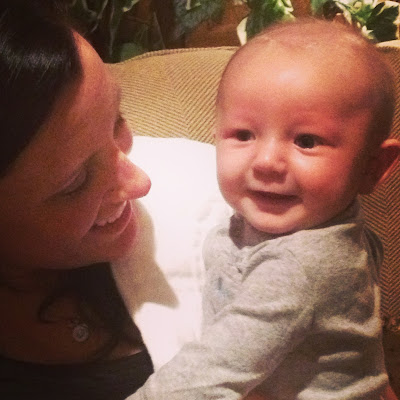 Sleep:
You're still doing pretty good in the sleep department and I have no complaints.  However, you don't nap throughout the day as much as you used to.

Clothing Size:
3-6 months and some are just 6 months

Hair Color:
Your hair is a very light brown almost a dirty blonde

Connor:
Connor is still in your face ALL the time!  He has the ability to make you laugh/smile on demand.  I am starting to see that I am going to have my hands full with you two.  If I tell Connor to me quiet, he'll try to get you to "talk" and then says "it was Walker, not me".

Random Facts:
You're still not rolling over yet, but that's probably my fault because I don't let you lay down long enough to practice.  You've started to sit in the Johnny Jumper and you absolutely love the fact that you can spin yourself around.  Connor seems to think it's funny to spin you around and around, bless your heart...I know one day you'll be paying him back!  The doctor said you looked great at your 4 month check up.  He wasn't as concerned with your head being flat in the back as I was.  We're going to start you on rice cereal in a couple of weeks once the monthly calendar slows down a little.  Right now you seem to be very content with life!
No comments:

We were able to go back out to Oklahoma for Dennis' birthday in July.  Now that Connor is getting older, I really enjoy the fact that we can go out there and he just run around like crazy.  The whole property is fenced in, so I know he can't get too far! 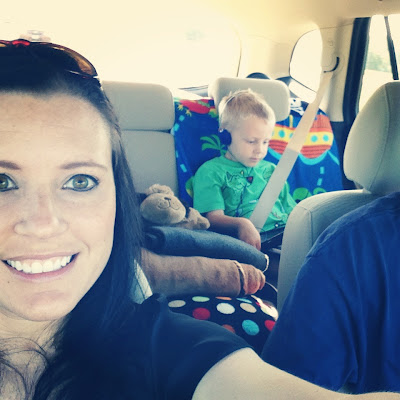 This is how the car ride started 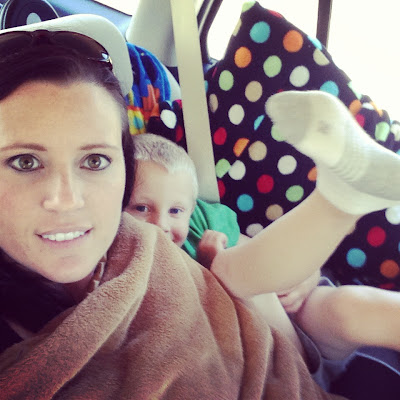 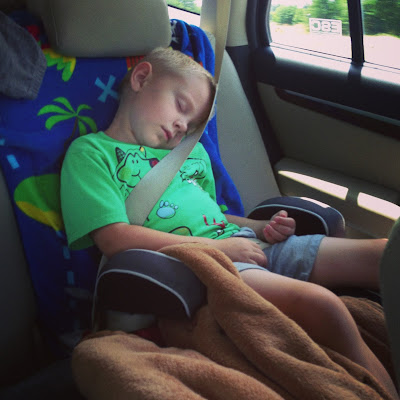 FINALLY he was asleep, of course we were only had about an hour to go

Garner was also out there at the same time, so the two of them keep each other entertained.  They had mounds of sand to build sand castles with and endless hours of swimming in the pool.  Connor did SO much better swimming this time, than he did when we went for Memorial Day.  I think having Garner there really helped to boost his confidence level. 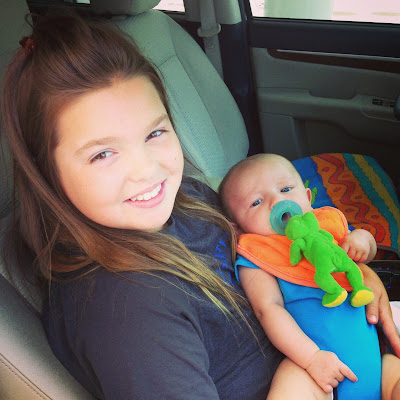 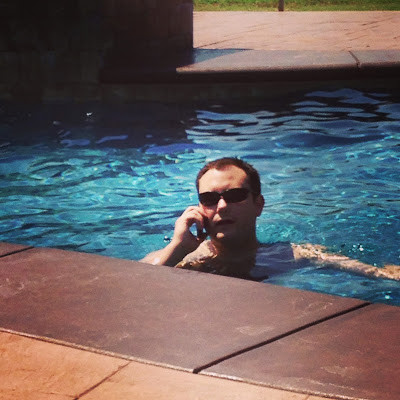 This was Matt's office while we were out there

Besides playing in the yard and swimming, Garner and Connor were able to go ride four wheelers out at the big property.  I think this was what Connor was looking forward to the most.  Between the 4 four wheelers everyone had a chance to ride.  We did have to give Connor a warning for turning the corners too sharp.  That boy has no fear sometimes!  After we all rode around in the field for a while, Matt, Connor, Reid, Kim and Garner took a ride along the creek. 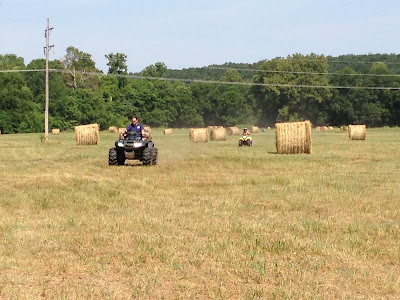 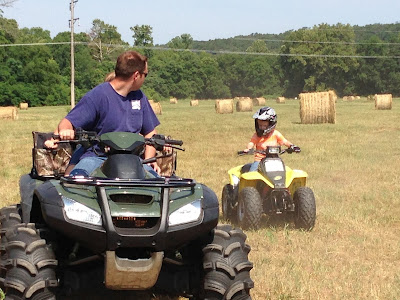 He looks so grown up when he rides the four wheeler 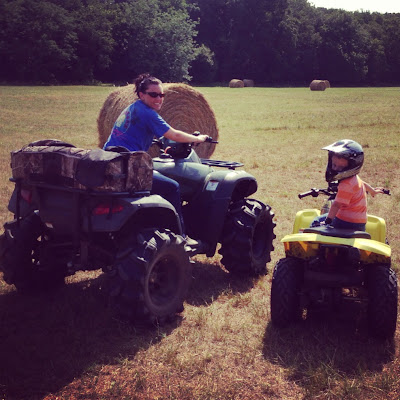 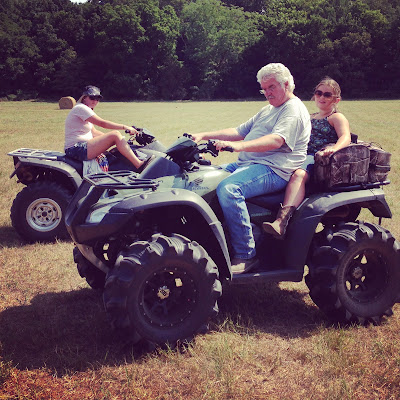 As for Walker, his trip to Oklahoma wasn't as exciting.  However, he did get to float in Mimi's pool and absolutely loved being in the "big bath tub".  He spent most of his day taking in the fresh air and napping (such a hard life he lives). 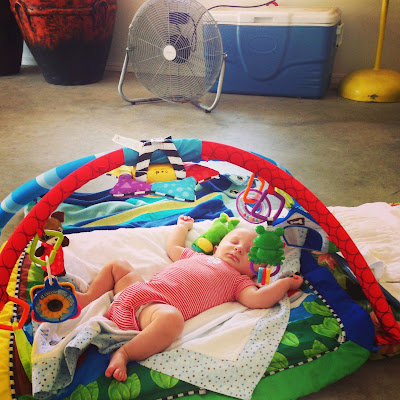 As always we had a wonderful time relaxing, eating good food, and spending time with family!
No comments: