Connor had his 4 year check up on Monday with his new pediatrician.  We're still with the same group, but I decided to change doctors for several reasons.  His new doctor is a familar face, since we have seen him several times for early morning clinic.


Weight: 39.3 lbs
Height: 41.5 inches
I was surprised that Connor wasn't in a higher percentile for his height because he looks so much taller than his friends at school.  But I was happy to hear that he is growing right on track!
Leading up to the appointment Connor was constantly asking me if had to get any shots, to which I replied "no".  I knew he would need his shots for kindergarten when he turned five, but I thought everything else was up to date.  Well the doctor said he needed to get two this year and two when he turned five.  The disappointment and fear in Connor's eyes was heartbreaking.  His eyes started filling with tears immediately!
The doctor came back in and said he only needed three shots and we could do all of them at the five year check up.  Connor will not stop talking about how he doesn't want to turn five, just because there are shots involved!
I still can't believe that he is already four! ﻿
﻿
No comments:

Connor's actual birthday fell on a Saturday this year.  I wanted something that was low key and didn't require much work from my pregnant self!  So I decided we would invite a few friends to an early morning party at Chuck E Cheese.﻿ 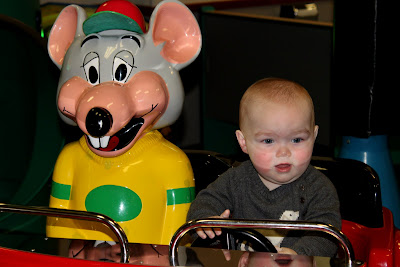 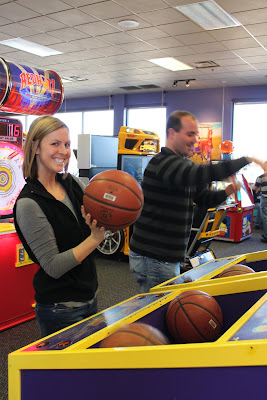 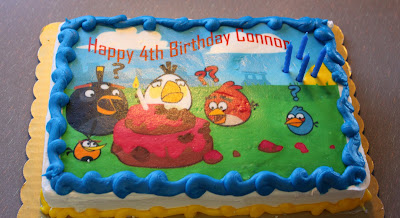 Connor's one request was an Angry Birds cake 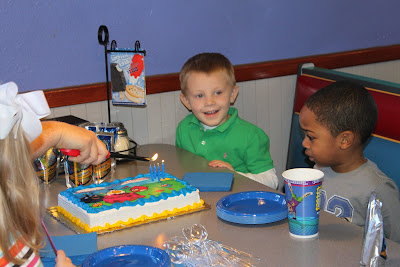 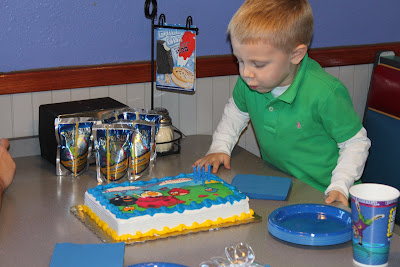 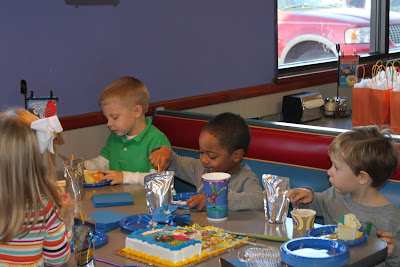 The boys...Connor, Zach, and Mason 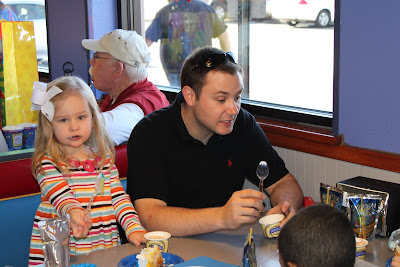 It was funny to see Matt sitting next to a little girl. He almost didn't know how to act with Brinkley! 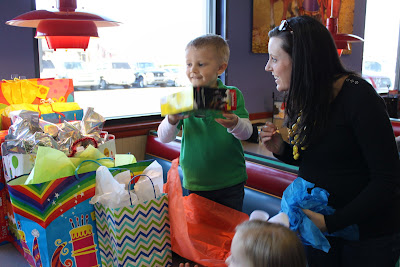 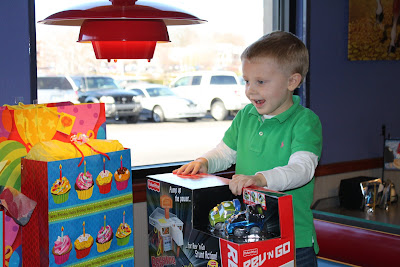 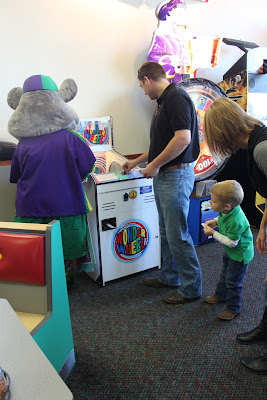 This is as close as Connor would get to Chucke 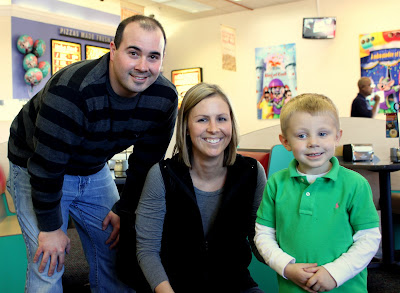 Connor was physically in the picture, but he was keeping an eye out for Chucke to come around the corner! 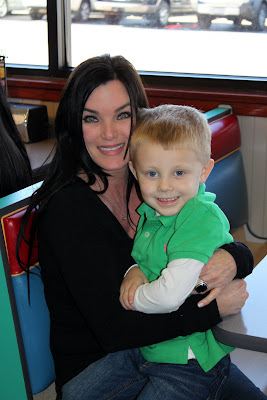 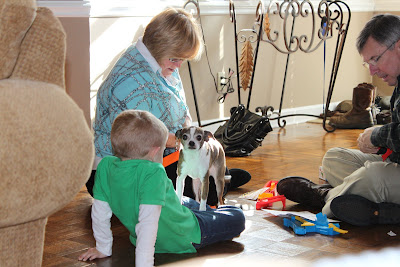 My dad and Meg were able to come in for Connor's party; here they are trying to setup his new hot wheels game 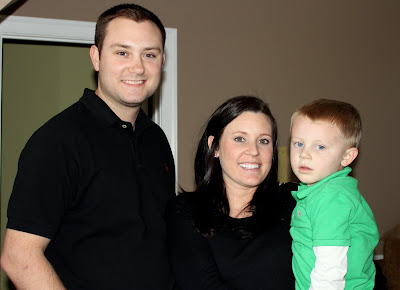 By the end of the day I was pretty exhausted! 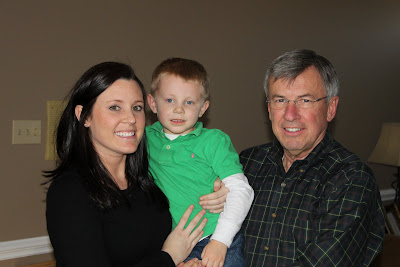 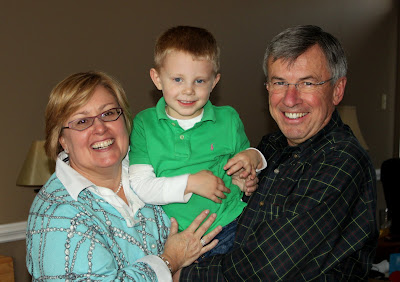