It's beginning to look a lot like Christmas at the Joneses (at least inside)!  As soon as we finished eating Thanksgiving dinner, my mind starting decorating the house for Christmas.  I don't go all out and decorate the entire house, I mainly stay in the living room area.

I started dragging the decorations out of the attic late Friday afternoon.  Matt got home from work and then we headed to Chase and Cassie's for a little cookout.  Once we got home we put Connor to bed and then the madness started!

This year we are trying the tree in a new place, the entry way.  Last year I moved furniture to put tree in the corner of the living room, but I wasn't going to do all of that again.  I've made the executive decision that the tree will be here every year from here on out! 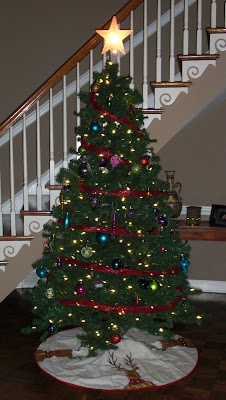 I didn't put all of the ornaments on the tree because Connor is still very "helpful" on taking them off the tree! 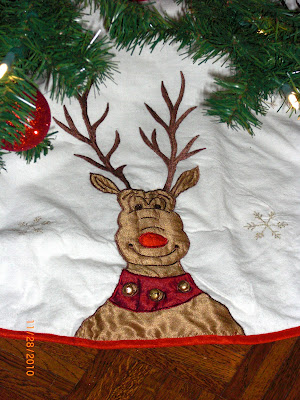 Love my new tree skirt and it's something fun for Connor.

Once the tree was done, I moved onto the mantle.  I found two cute trees at Hob Lob for the ends of the mantle and it tied it all in quite nicely with the garland.  To finish off the mantle, I hung the stockings! 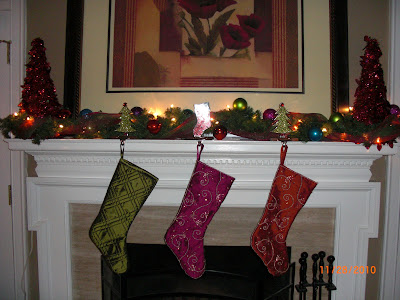 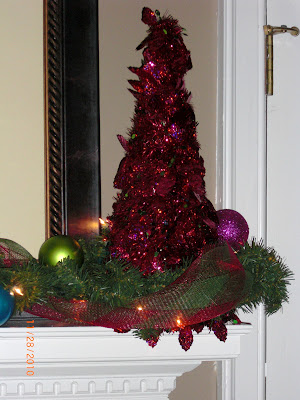 I'm really looking forward to watching Connor's reaction this year on Christmas morning.  He's really getting into it and enjoys "helping" me! Here are a few other decorations that have been placed throughout the house. 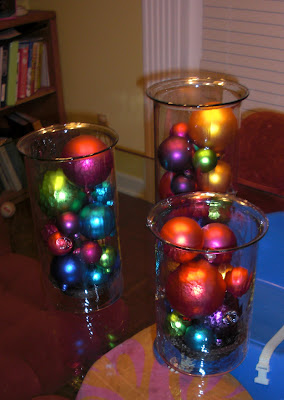 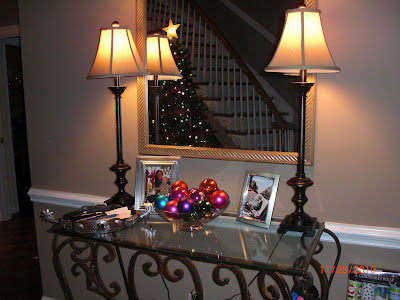 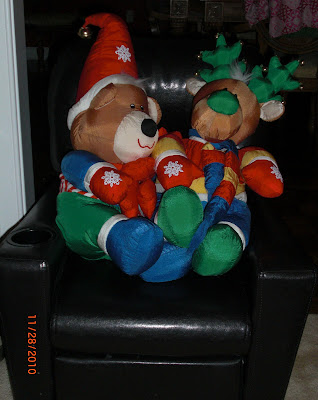 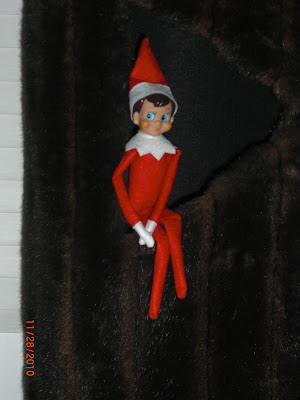 And look who has stopped in to watch Connor's every move and report back to Santa! I'm happy to introduce you to Buddy the Elf (original I know).
No comments:

Connor and Matt have been pretty sick these past couple of weeks.  Finally, everyone is back to normal!  We had a pretty low key weekend because next weekend will be go, go, go with Chase and Cassie's wedding.

Saturday, we had one of the new furnaces installed and we got our new AT&T box.  While Matt was at home waiting for all of the repair men, Connor and I ran some errands.  We picked up Connor's elf, did some quick Christmas shopping, and then ran over to Gigi's and Big Daddy's. 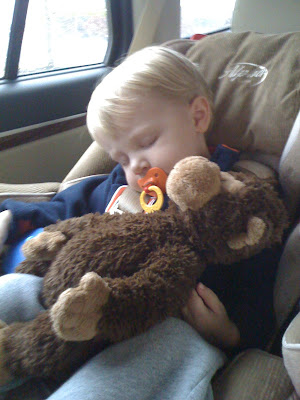 He filled up on two hot dogs and some laughing cow cheese at Gigi and Big Daddy's, he was asleep before we even got out of Germantown! Unfortunately, this was his only nap for the day (25 minutes just wasn't enough).

Sunday was another day of hanging around the house because of the heating repair man.  However, Connor was so exhausted from not napping yesterday that he gave in and slept through all the loud noise in the attic.  I decided to take advantage of Matt being stuck at home with Connor, so I went to the mall.  I was in desperate need of some work pants and ended up leaving with a few other things.

Over the weekend I introduced Connor to the laptop and I think I may have created a monster.  Matt was trying to flip back and forth from the race and football games, so Connor's Nick Jr wasn't in that mix.  I decided to let Connor watch some of his shows on the computer.  He was in heaven!  (Now I just need to get him to wear some headphones and we'll be set) 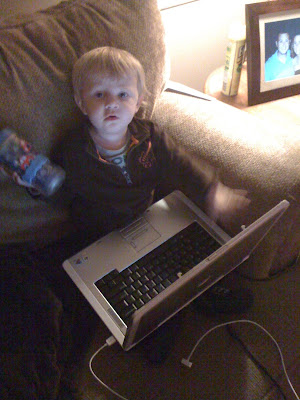 He was a little upset that I was interrupting his show 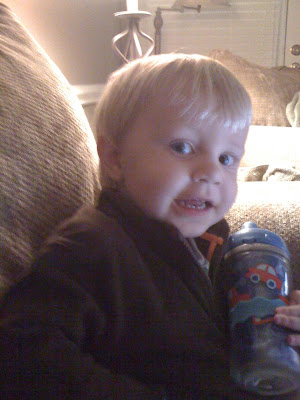 This is him saying "cheese" and smiling!
No comments: